We are pleased to announce the appointment of Nigel Hillyer as Process and Engineering Consultant.  Nigel will bring a wealth of practice and knowhow to CFE Group and will be working closely with our experienced management and engineering teams across the UK and Irish markets.

Nigel entered the animal feed industry in 1978 having served seven years in the Royal Navy, joining as a Boy Seaman at fifteen and leaving as a qualified Electrical Engineer.

He started as a Shift Engineer for Pauls & Whites at their Winsford Cheshire Mill.  During his twelve years with Pauls and Whites, Nigel undertook numerous production and engineering supervisory roles, eventually joining Criddle Billington Feeds in the Spring of 1990 as Production Manager for their Glazebury, Warrington Mill.

During his thirty years with the Billington Group, Nigel held numerous management positions and, in 1997, he was appointed Technical Manager Engineering, responsible for the operational performance and engineering developments across all the Carrs Billington Agricultural Operations sites.

Throughout his time with the Carrs Billington Group, Nigel has been involved in the development of all operational capital investment projects (up to £3m in value), in the UK and USA.  More recently, he designed and built bespoke heat treatment process plants, to produce protein supplements, on both sides of the Atlantic.

Nigel is a very active member of the Feed Industry Trade Association and the Agricultural Industries Confederation and was recently co-author of the soon to be published Industry Guidance to Feed Mills for compliance with the DSEAR (Atex) Regulations.  CFE Group looks forward to working with Nigel as the company continues to expand and develop its business. 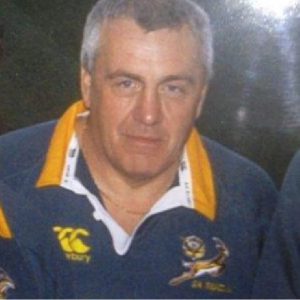 CFE Chris Byrom approved and signed off CFE’s new CNC die grinding machine at O & J Højtryk, Esberg. The new machine will be installed and commissioned at CFE Factory in Haydock during spring 2017. This is the latest investment by CFE in the latest technology available to refurbish dies.

CFE has seen exponential growth in the CPM brand since it was awarded the exclusive agency in Ireland and the UK in September 2013. CFE has delivered 34 machines units into the market in this period and has a very strong pipeline going into 2018.

Congratulations to Eddie Barrett The Team at CFE…